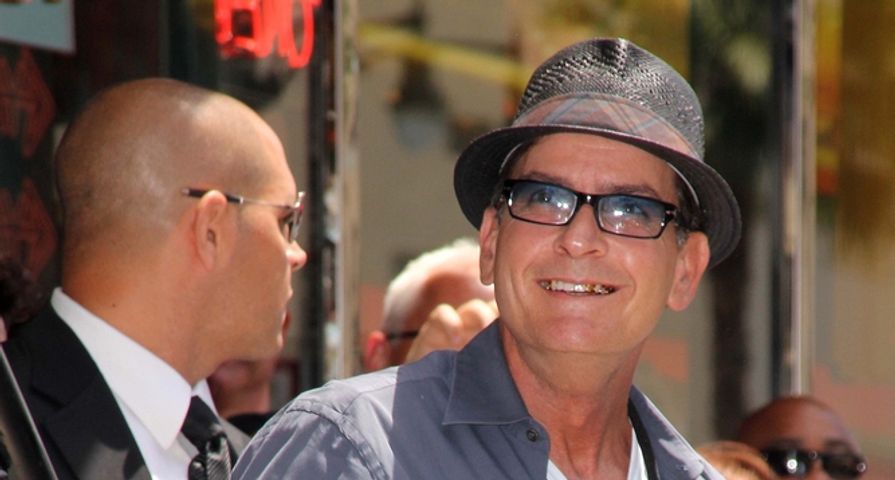 Charlie Sheen has earned a reputation as a loose cannon. We all expect him to explode, but none of us are sure when he will (again). In 2011, the actor had a pretty bad year – or good, depending on how you look at it. He seemed to be having a very public meltdown and was seen and heard at various media outlets saying the most insanely ridiculous things. Since the bad boy actor is expected to be getting married at some point this fall – if things actually worked out with his porn star fiancé – we thought it might be fun to recap some of the craziest things he’s said in the past. Check out which quotes made our list:

When talking to “20/20,” the former “Two and a Half Men” star claimed to be on a natural high. “I am on a drug. It’s called Charlie Sheen. It’s not available because if you try it once you will die. Your face will melt off and your children will weep over your exploded body. It’s too much.”

The television star went on an epic rant on “The Alex Jones Show.” “I’m dealing with fools and trolls. I’m dealing with soft targets, and it’s just strafing runs in my underwear before my first cup of coffee…they lay down with their ugly wives and their ugly children and just look at their loser lives and then they look at me and say, ‘I can’t process it.’”

Charlie Sheen told “The Today Show” that he had cured himself of all his addictions. “I closed my eyes and made it so with the power of my mind, and unlearned 22 years of fiction…the fiction of AA. It’s a silly book written by a broken-down fool.”

The controversial actor talked about his dual personality on “Piers Morgan Tonight.” “I have a 10,000-year-old brain and the boogers of a 7-year-old. That’s how I describe myself.”

During the height of his meltdown, Charlie Sheen told “20/20” that everything in his daily life was good. “It’s perfect. It’s awesome. Every day is just filled with just wins. All we do is put wins in the record books. We win so radically in our underwear before our first cup of coffee, it’s scary. People say it’s lonely at the top, but I sure like the view.”

Charlie Sheen discussed how he parties with “20/20.” “I mean, what’s not to love? Especially when you see how I party man, it’s epic. The run I was on made Sinatra, Flynn, Jagger, Richards, all of them, just look like droopy-eyed, armless children.”

Charlie Sheen raged in an open letter about the creator of “Two and a Half Men,” Chuck Lorre. “I fire back once and this contaminated little maggot can’t handle my power and can’t handle the truth. I wish him nothing but pain in his silly travels especially if they wind up in my octagon. Clearly I have defeated this earthworm with my words – imagine what I would have done with my fire breathing fists.”