The 7 Biggest Golden Globe Snubs Of 2015 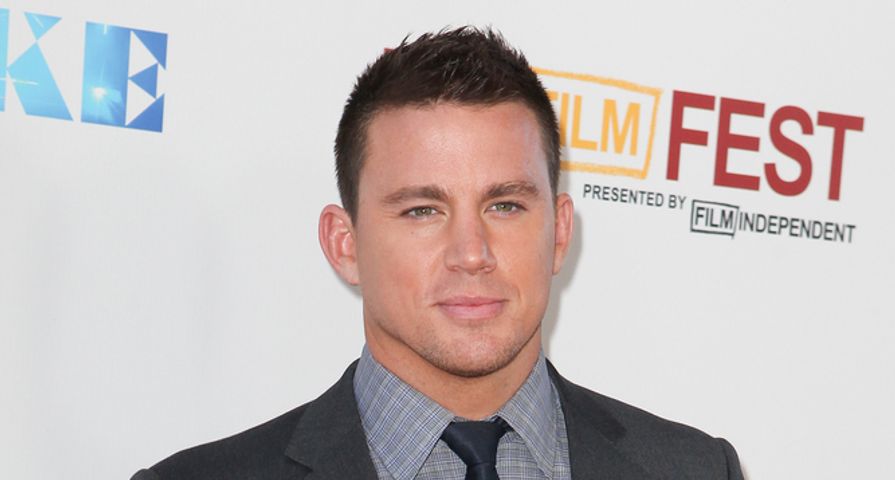 Award season is coming! The Golden Globes just announced their nominations for the 2015 award season and there are a surprising number of names that we expected to see on the list this year but didn’t! As such, we have created a list of the 7 biggest snubs of 2015. Many of these actors, actresses, television shows and movies were expected to get a nomination from the Golden Globes but, instead, they got nothing! We’re excited to see if they end up getting some love from the Academy, but it is a little soon to tell how that will play out!

Bradley Cooper gave a superb performance in the biographical action drama movie, “American Sniper.” He played the lead character Chris Kyle, a Navy SEAL, who is touring Afghanistan. He totally transformed himself for this role. He gained 40 pounds, picked up a Texas accent and gave a restrained but deeply emotional performance. In spite of this, he was totally shut out for this year’s Golden Globe Awards and the Screen Actors Guild. Many still think that he will get an Oscar nomination, but it’s all up in the air at this point.

According to Cooper, acting isn’t about the award nominations. He has actually come out and said that he doesn’t want to win an Oscar. “It would change nothing. Nothing. The things in my life that aren’t fulfilled would not be fulfilled. Career-wise, right now, it’s better that I don’t win one. I don’t want to win. I don’t,” he said.

“Mad Men” has received high critical acclaim since it first premiered. Fans love it and critics have celebrated it for its historical authenticity, visual style, costume design, writing, directing and acting. The cast and the show have been recognized over the years by the Golden Globes for their excellence. For many years, Jon Hamm has been nominated for the award for Best Performance by an Actor in a Television Series (Drama) and he has won twice. The show itself has also been nominated for the award for Best Television Series (Drama) pretty consistently and has won twice, and Elizabeth Moss and January Jones have also scored nominations for Best Performance by an Actress in a Television Series (Drama).

Despite being a favorite at the Globes for many years now, “Mad Men” received no nominations this year. Last year, they were also shut out. Next year, the final season will air and, if we don’t see any nominations for 2016, then maybe we will know for sure that something is up.

Since 2010, “Modern Family” has been a darling of the Golden Globe Awards. Every year, Sofia Vergara has been nominated for Best Performance by an Actress in a Supporting Role in a Series (Comedy) and the show itself secured a Best Television Series Award (Comedy) each year as well. For two of those years, Eric Stonestreet was nominated for the Best Performance by an Actor in a Supporting Role in a Series Award in the comedy category.

This year, however, “Modern Family” didn’t receive any nominations from the Golden Globe Awards, despite receiving numerous nominations the day before from the Screen Actors Guild. We’re not sure if Steven Levitan, the show’s co-creator and executive producer, was especially happy about being snubbed by one of the biggest awards shows. We’re pretty sure that he probably won’t go! “This year I look forward to watching the Golden Globes in my underwear – whether I decide to go or not,” he tweeted.

This year, The Big Bang Theory failed to get any nominations from the Golden Globes, so it looks like they, like us, will watch it from their living rooms. On the plus side, the show was nominated for two Screen Actors Guild Awards. Parsons received a nomination for Outstanding Performance by a Male Actor in a Comedy Series and the entire cast was nominated for the award for Outstanding Performance by an Ensemble in a Comedy Series.

Golden Globes 2015 Best Dressed: Who Will Rock The Red Carpet?

Laura Dern has garnered a lot of praise this year for her portrayal of Cheryl Strayed’s mother, Bobbi, in the biographical drama “Wild.” Many thought she was a shoe-in for Best Supporting Actress for all of the major award shows this season. In spite of all of the hype surrounding her, she didn’t land a single nomination from the Golden Globes or the Screen Actors Guild for the 2015 award season; however, she might still have a shot at Oscar.

Kevin Fallon of The Daily Beast thinks she has a pretty good shot. He called Dern’s portrayal of Bobbi in the film “Oscar-worthy” and he thinks her performance is “all- but-guaranteed to win the actress her second career Oscar nomination.” So far, her co-star Reese Witherspoon – who also gives a fabulous performance – is getting all the nominations. She is pretty much a guarantee for a Best Actress nod from the Oscars, but Dern’s not.

Many thought Angelina Jolie would secure a directing nomination for the Golden Globe Awards this year for her new movie “Unbroken,” a film about an Olympic runner (Lou Zamperini) who was taken prisoner by Japanese forces during World War II; however, they were dead wrong. She didn’t get any nominations from them this year, not even for her work in “Maleficent.” The Screen Actors Guild Awards also shunned her.

We’re not entirely sure if something like this would bother Jolie. She has always seemed more interested in getting her work out there than getting nominations. She seemed to indicate this in a recent interview with The New York Times. “I think that regardless of a nomination, it’s changing,” she said. “We’re getting our work out there, and supporting each other, and it’s time.” Well, whether or not she wants nominations for “Unbroken,” there is still Oscar season and she might have a better shot there.

There has been so much buzz around Channing Tatum and his portrayal of Dave Schulz, an Olympic gold medal winner who suffered from paranoid schizophrenia, in the crime drama “Foxcatcher.” Critics have lauded his performance. Ty Burr of the Boston Globe calls him the “secret hero” of the film. “We expect expert acting from Ruffalo, and we get it, but the secret hero of “Foxcatcher” — and the performance you keep coming back to — is Channing Tatum as Mark, a lost boy in the skin of a brute,” he wrote.

In spite of Tatum’s brilliant performance in the film, he didn’t receive a nomination from the Golden Globe Awards this year. Both of his co-stars, Steve Carell and Mark Ruffalo, were nominated. The Screen Actors Guild also snubbed him; however, they too nominated his two co-stars for awards. It is a bit strange that the critics recognized Tatum’s performance as remarkable, but he failed to receive any nominations.