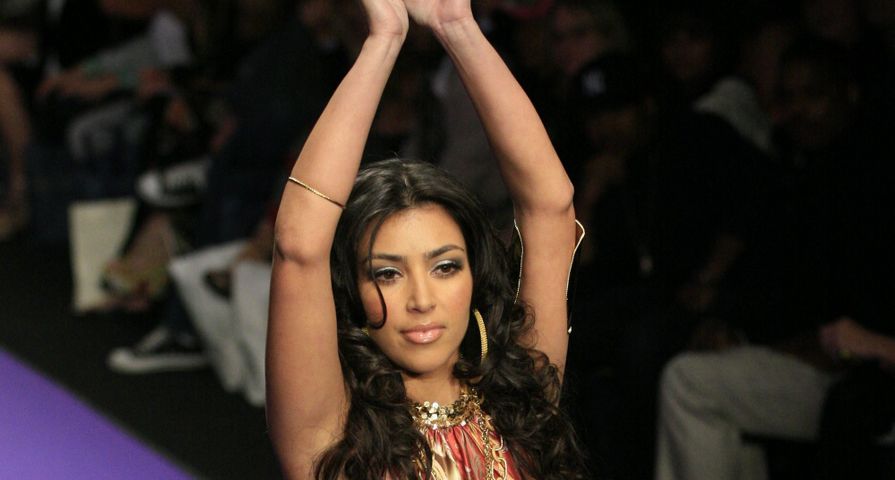 Kim Kardashian has been famous for years now. Her career began when she became Paris Hilton’s sidekick at various events and then grew once her family landed their own reality TV series. Kim has changed so much since she first became a star, so check out these rare pics of her from early on in her career:

The Keeping Up with the Kardashians star walked the 2B Free Spring 2008 Collection Fashion Show where she rocked a sweatsuit. The bottoms clearly didn’t fit especially well as they are rolled up, which isn’t the best look. 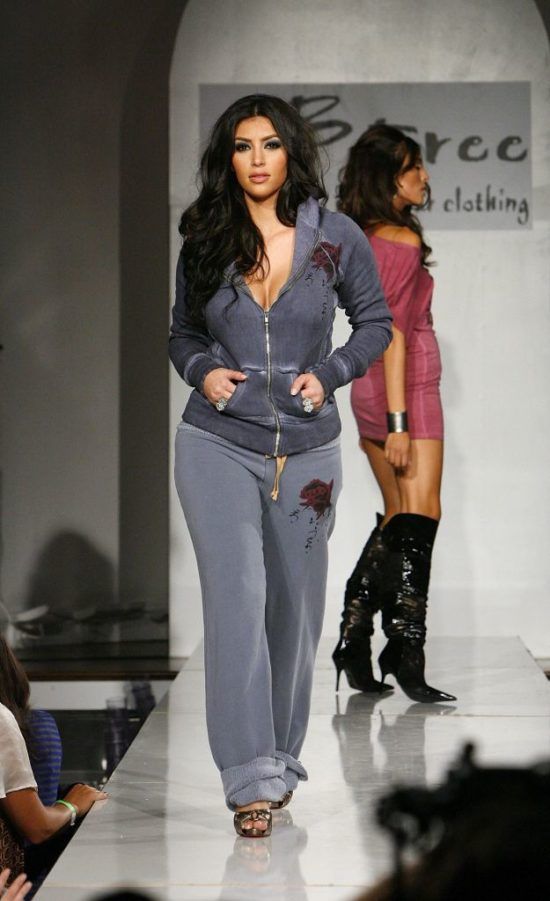 In 2007, Kardashian attended the OmniPeace Event to stop extreme poverty in Sub-Saharan Africa by 2025 at the L.A. boutique, Kitson. While the event was clearly for a good cause, Kardashian’s outfit definitely wasn’t her best and looks quite dated now. 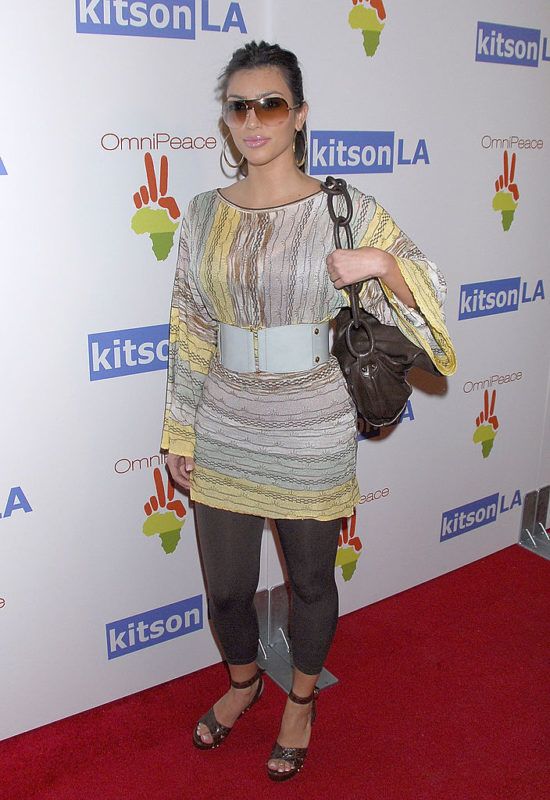 The reality starlet was a fixture at various parties in 2006. Here she is at the Helio Drift Launch Party, which she attended with her friend Brittney Gastineau, in an interesting white ensemble. We wonder what present day Kim would think of this outfit! 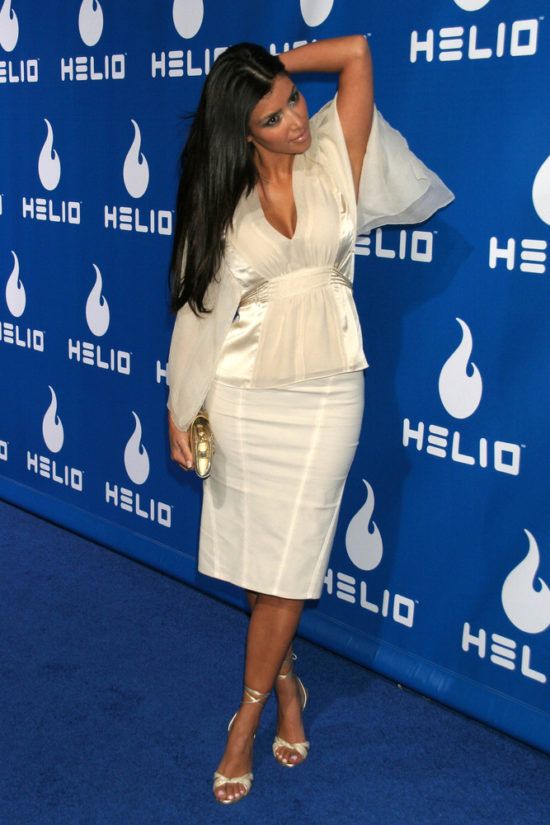 The Keeping Up with the Kardashians star walked the red carpet for the T-Mobile Sidekick LX Launch Party in 2007. She really loved her white boots, which didn’t quite match perfectly with the white on her dress. 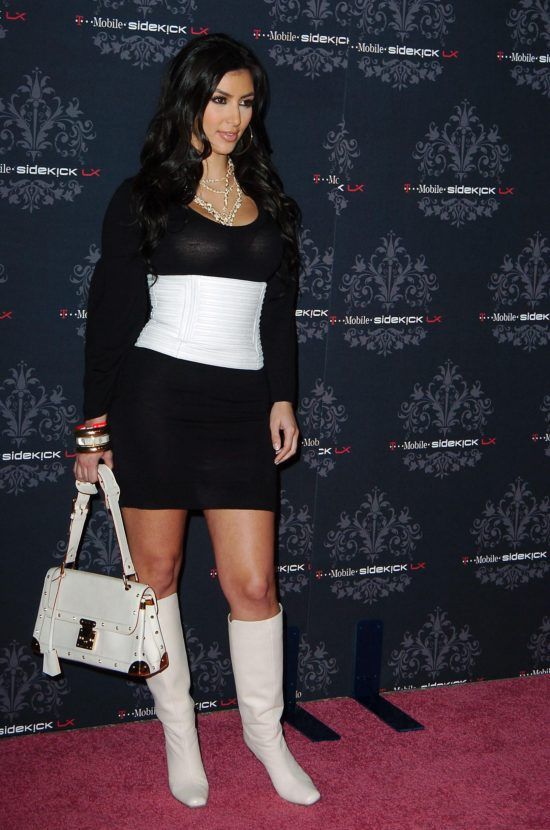 Kim attended the Pur Jeans Halloween Bash in 2008 as a flapper girl. She was with her boyfriend at the time, football star Reggie Bush, and her sister Khloe who was dressed as a cop. We like this costume on Kim – it’s super cute! 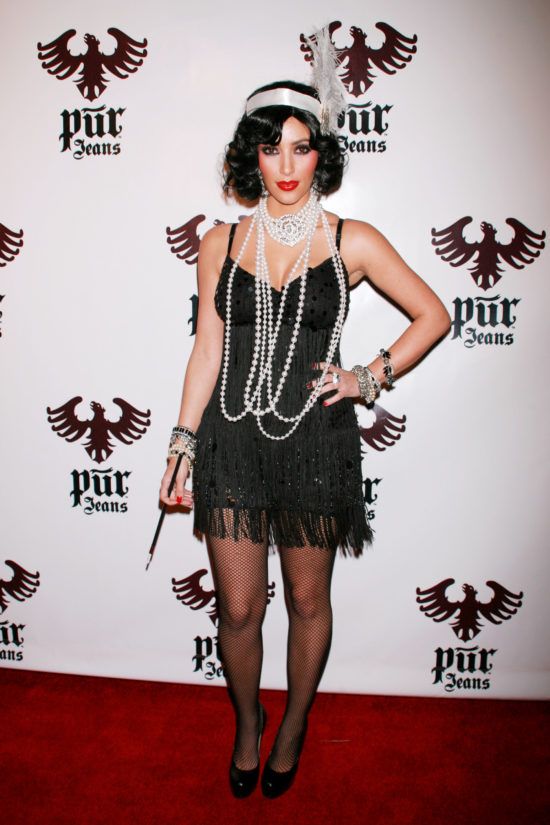 The socialite turned reality star was at the launch party for the MTV reality show TwentyFourSeven with her friend Brittny Gastineau. It wouldn’t be long before her family got their own reality show! 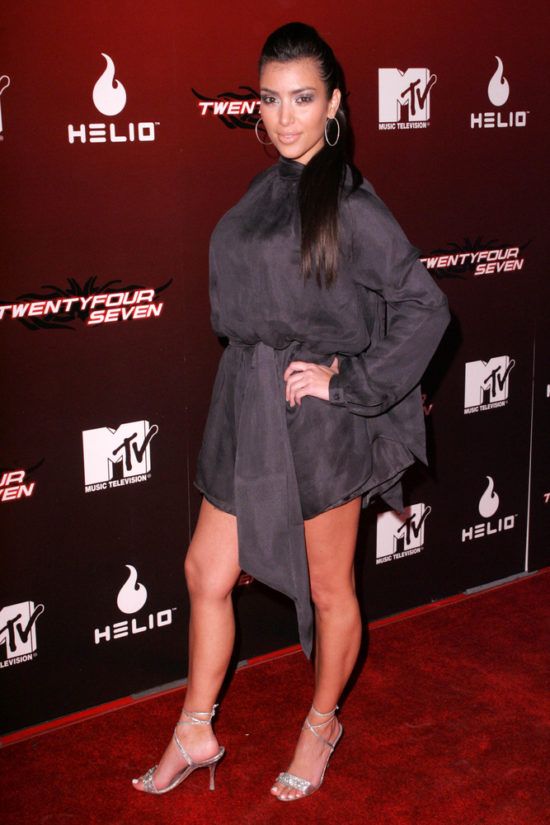 At the William Rast Spring 2007 Street Sexy Fashion Show, the Keeping Up with the Kardashians star looked really different, mostly because of her makeup and her tan. She still enjoys a spray tan these days, but she’s now way more of an expert – and she has professional makeup people there to help make sure her makeup looks flawless. 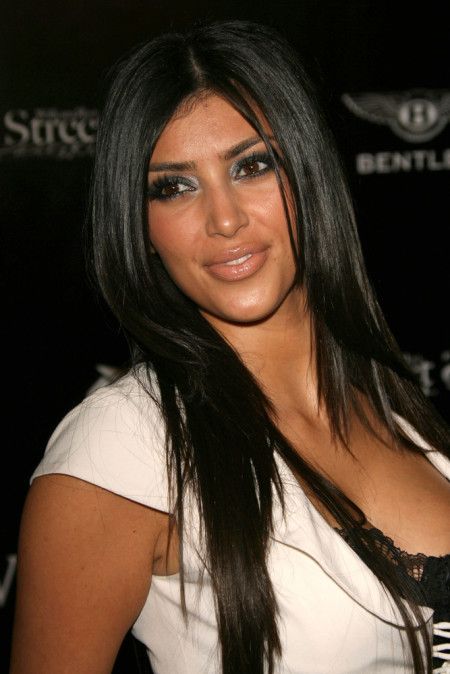 Kardashian appeared at the Los Angeles premiere for Entourage in 2006 with her friend at the time, Paris Hilton. She wore this white wrap dress with a pair of espadrille wedge sandals. It was a nice look for the soon to be superstar. 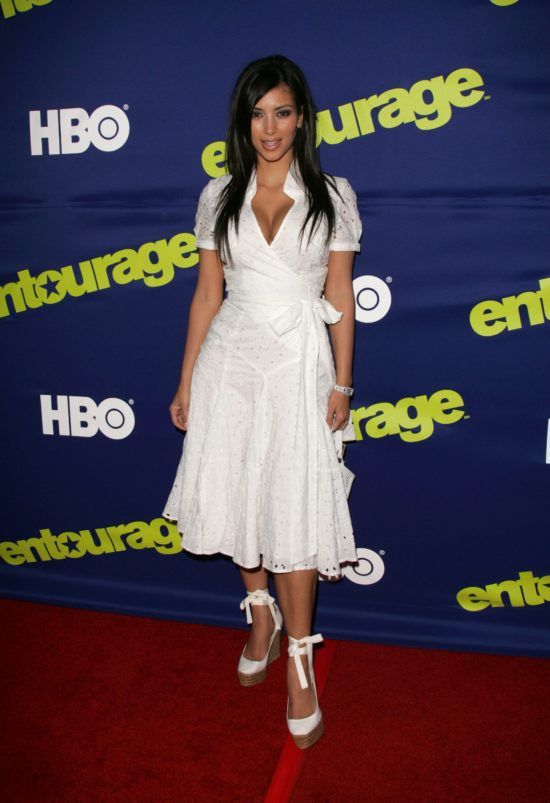 Kardashian attended the Armani Exchange and Details Magazine’s Insider Party in 2007. She rocked a black skirt and a white and black top with a red bra peeking out. Whoever took this picture clearly caught Kim at an awkward moment, hence the uncomfortable expression on her face. 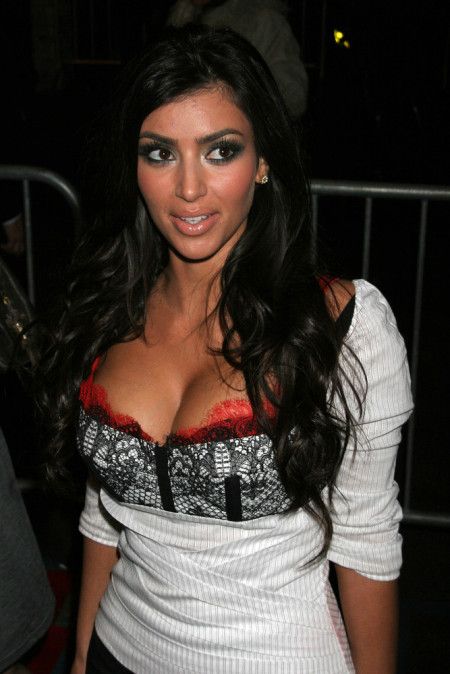 9 Things Kim Kardashian Should Tell Her Future Self

The socialite showed up on the red carpet for E! Entertainment Summer TV’s Splash Event in 2005 with her sister Kourtney, her stepdad Bruce and her mom Kris. Kim and Kourtney both wore white and, boy, do they ever look young in this picture! This feels like a lifetime go! 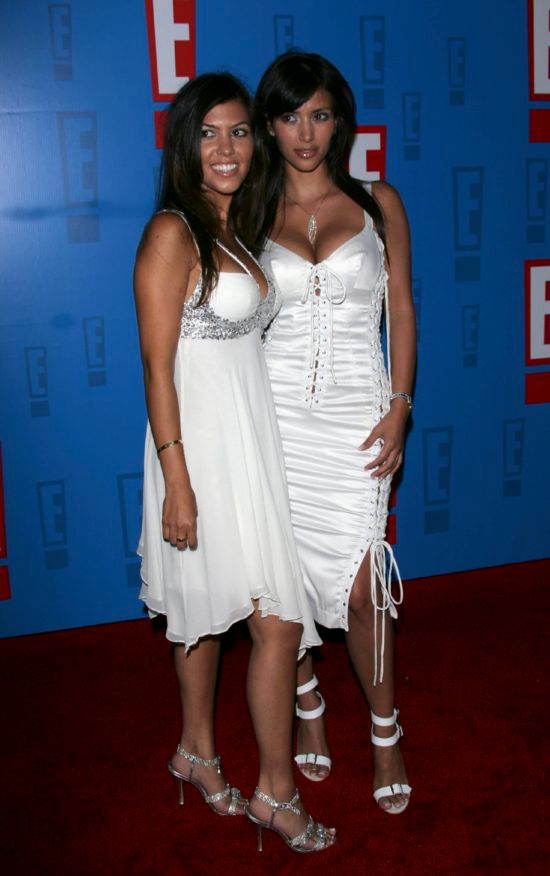 9 Celebrities Who Have Slammed The Kardashians

Kim and her sister Kourtney were guests at Genetic Denim’s one year anniversary party. Also in attendance was Lindsay Lohan, who Kim posed with. Kim reportedly used to work as her stylist and personal shopper. 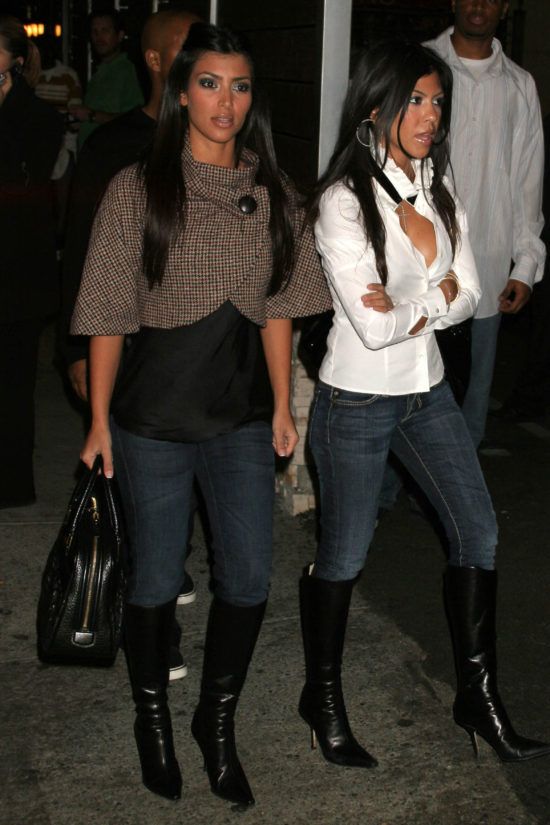 In 2008, Kim’s career was clearly on the rise. Her family’s reality TV show was becoming more and more popular and she was getting invited to more and more events. Here she is at the PlayStation 3 Launch Party in a raspberry-colored dress and a pair of nude pumps. She definitely has much flashier red carpet outfits now! 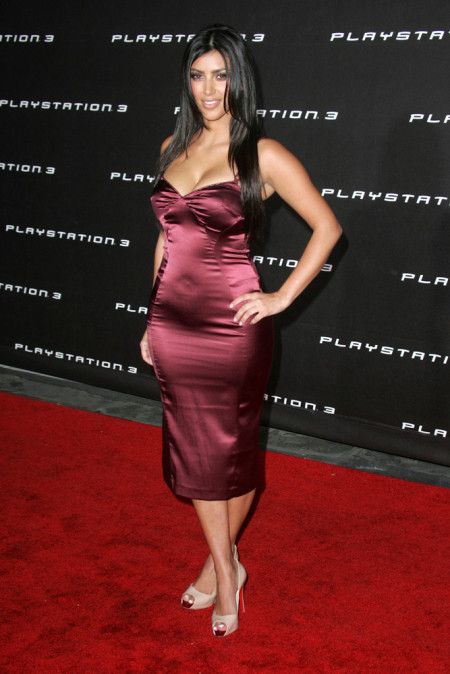 In 2007, the curvy brunette’s star was on the rise. Not only was she attending events, but she also got to walk in some fashion shows! Here she is on the Celebrity Catwalk for Charity, walking the runway with Aubrey O’Day. She looks like she’s having a really good time! 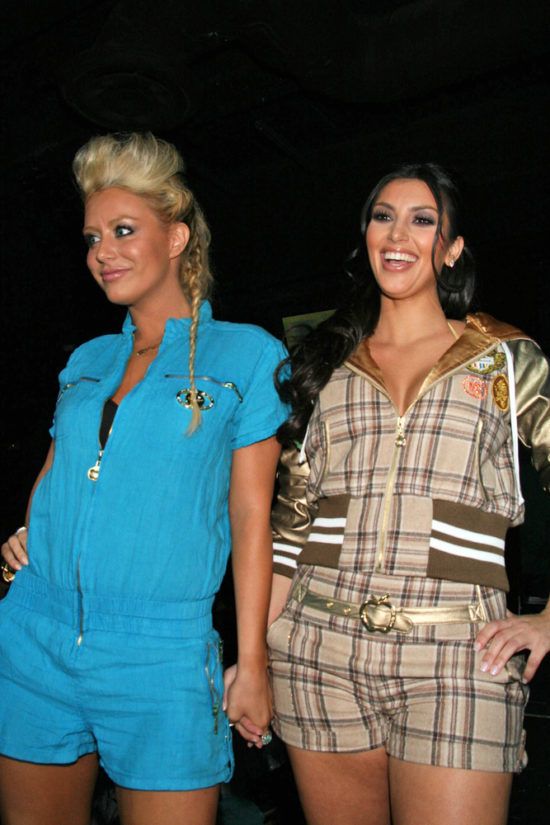 The soon to be reality star went for a rather sleek look on the red carpet for the Nefarious Fine Jewelry Spring 2007 Collection and Holiday Party in 2006. She wore this tight nude top with a black figure-hugging skirt and a little belt across her waist. She looks so young and fresh-faced here! She is practically glowing! 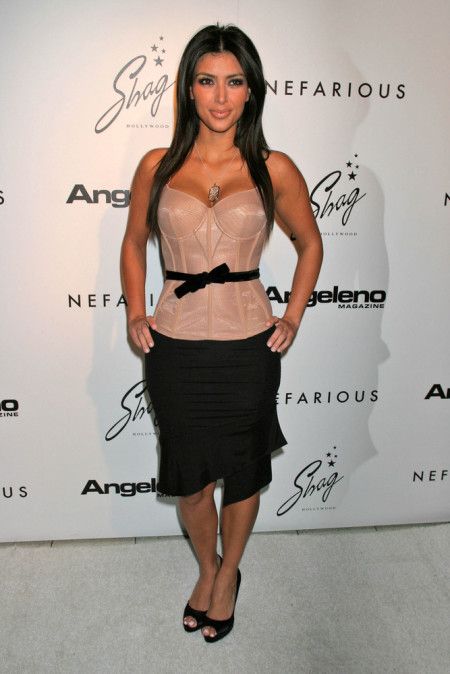 Kim’s style was really different in 2008 when she hosted the Teen Choice Awards’ red carpet for E! She wore this silver Bradley Bayou dress with a pair of silver. It was a pretty glam look, but something tells us that she wouldn’t be caught dead in something like this now! 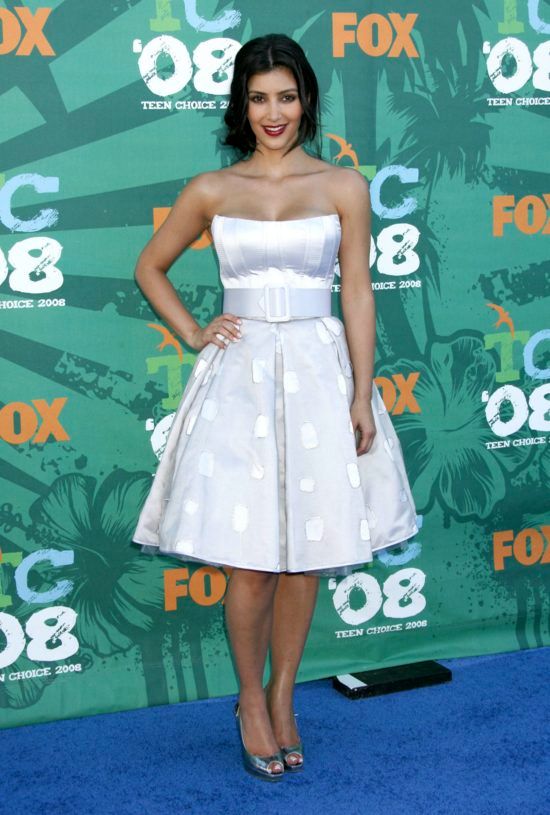 Kardashian put on some roller skates for Claudia Jordan’s 3rd Annual Birthday Celebration in 2007. Although she doesn’t look particularly comfortable on skates, she does look really pretty in this oversized pink shirt and black leggings. 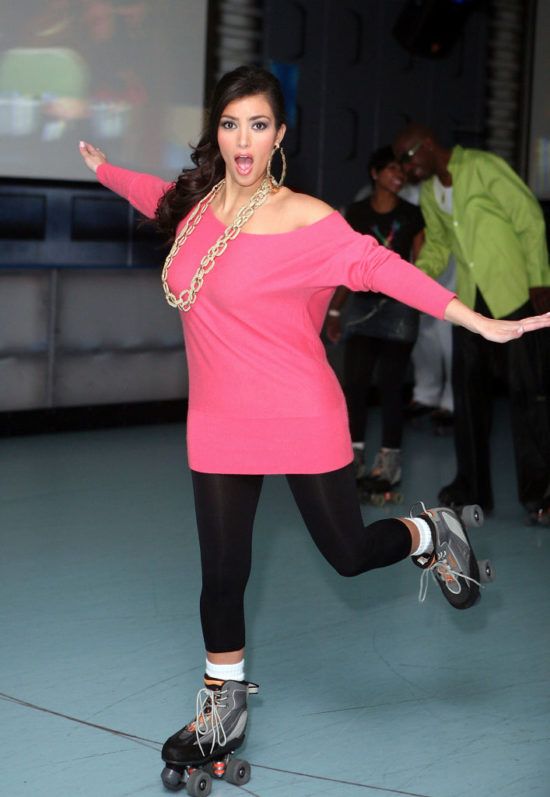 Kardashian certainly loved to match back in the day! Here she is at the Rock and Republic Spring Fashion Show in 2006 being all matchy-matchy with her grey and white shirt and a pair of jeans with a pair of white boots, a white belt, and a white bag. 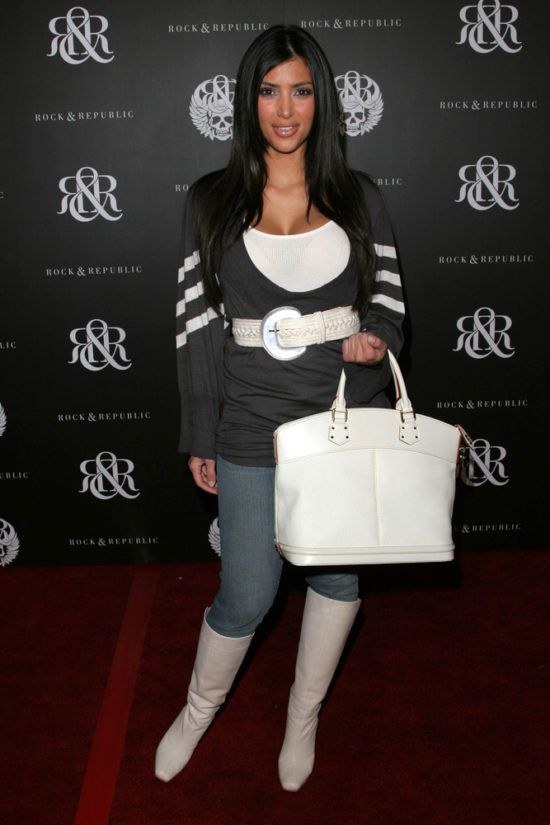 The television personality arrived at South Beach Nightclub in Miami in 2007 in a Bentley with record producer Scott Storch who was a friend of hers. She looked quite comfortable in the luxury vehicle as she played with her hair. 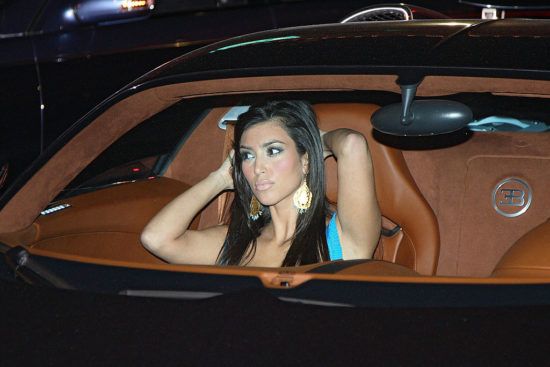 Back when Kim was BFFs with Paris Hilton, she joined the socialite in Munich, Germany, for Oktoberfest. The two of them got decked out in Oktoberfest dresses and then waded through an ocean of photographers. In the mid-2000s, that’s what happened when you hung out with Hilton, you got photographed! 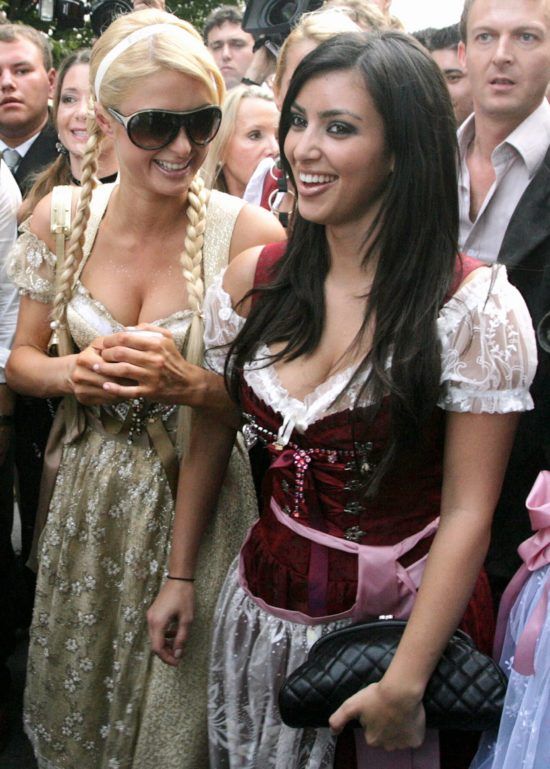 Before her family had launched their multi-million-dollar careers with their reality show Keeping Up with the Kardashians, Kim was busy working the event circuit. Here she is at the Volkswagen Concept Tiguan US Launch Party in 2005, rocking a white pair of boots with some faux fur. 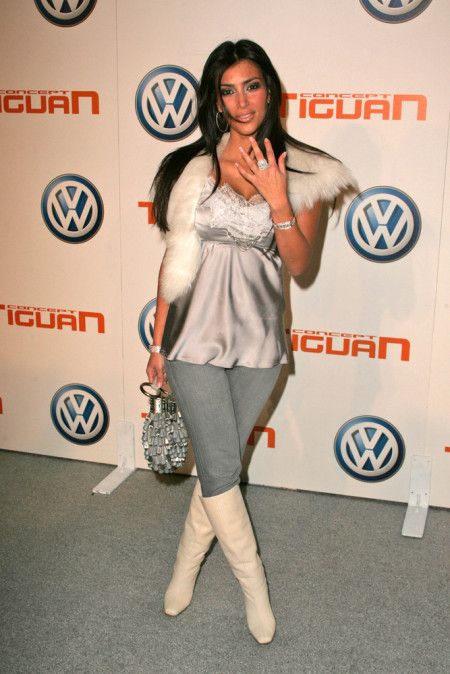 The budding reality TV star appeared at the opening for the Intermix Boutique alongside her friend Brittny Gastineau and her brother, Rob Kardashian. You’ll never see Kim dressed like this anymore! She looks like she’s dressed for the ‘70s with these wide-legged pants and a crop top! This picture of Kim is from the event, House of Hype, which was on Grammy weekend 2007. Kim certainly knows how to rock a red carpet now but, back then, she didn’t seem as sure of herself. Somehow the photographer managed to get an almost unflattering picture of the reality TV starlet. 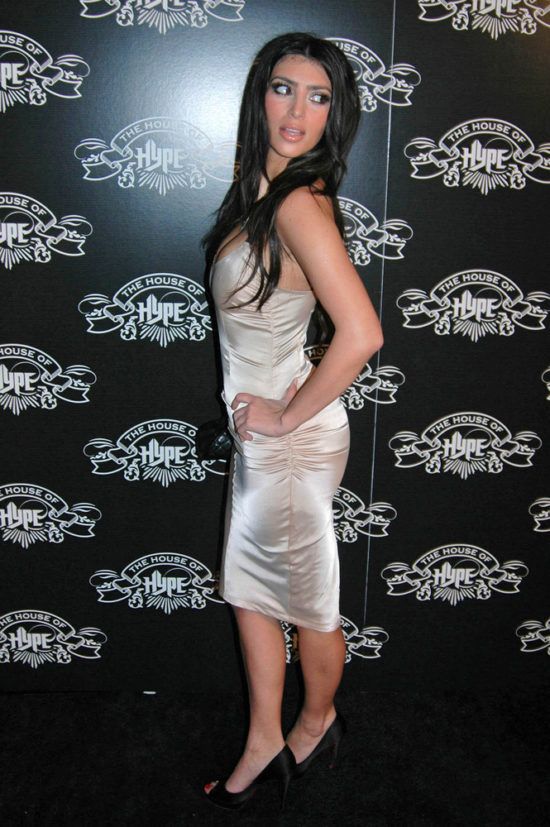 10 Scandals That Have Rocked The Kardashian Klan!

In 2008, the reality star hosted PAMA’s Halloween Masquerade and dressed up as the superhero, Wonder Woman. Other attendees included Lance Bass, as well as several people from the dance competition series Dancing with the Stars. 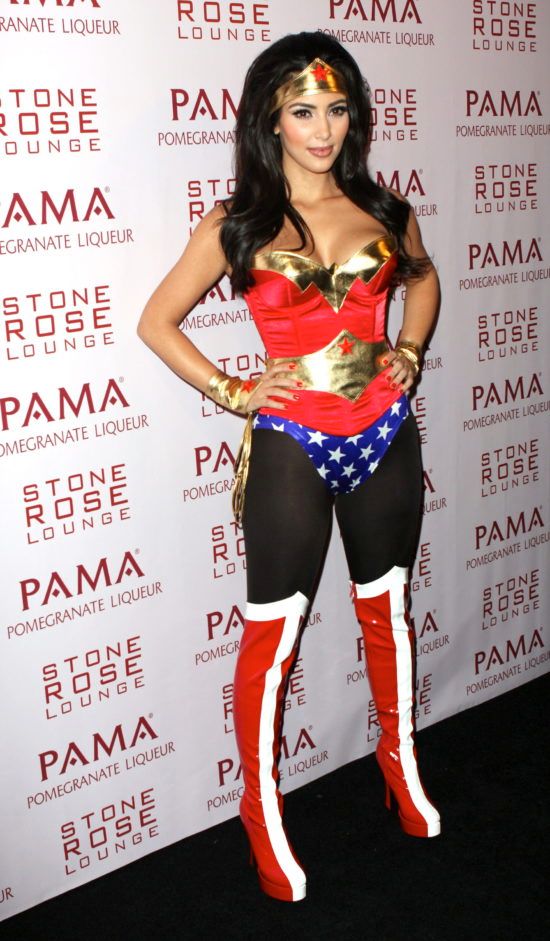 In 2007, Kardashian walked the Christian Audigier fall 2007 show during L.A. Fashion Week. She was walking the runway long before her younger sister, Kendall Jenner! At the beginning of her career, Kardashian looked a bit like Jasmine from the Disney movie Aladdin and her posing like this just reinforces that! 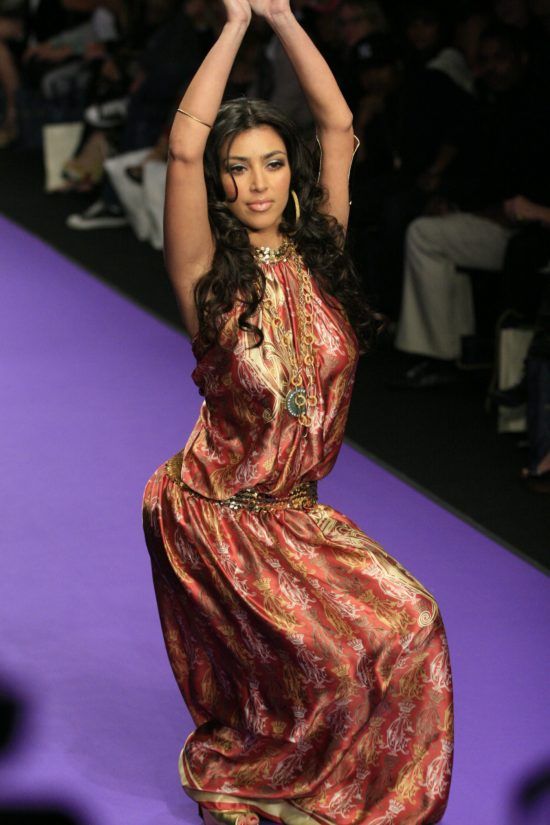