The 9 Most Overrated TV Actresses 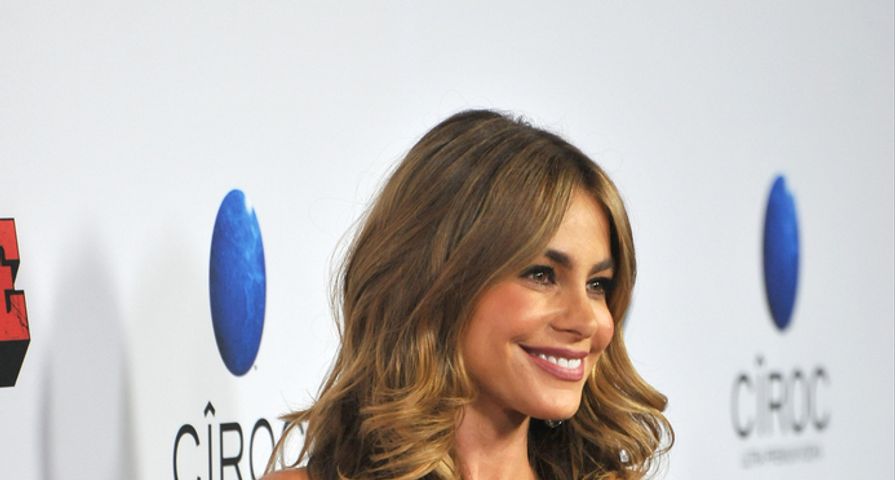 Some actresses are so incredibly average, yet they manage to leverage so much attention – and accolades. Sometimes these actresses do give good performances; however, the amount of attention they receive doesn’t seem fair, especially when there are other people on set who are more talented and skilled. We’ve sifted through all of the most popular television actresses  and compiled our list of the 9 most overrated. Check out who made the list:

Blake Lively received most of the attention when she had a starring role on “Gossip Girl” as the fashionable and beautiful Serena van der Woodsen; however, she wasn’t the most talented person on set, especially in comparison to her co-star Leighton Meester. Lively’s acting was incredibly stiff, so she made sure to wear tight, cleavage bearing outfits on almost every episode – which is probably how she managed to take all of the attention away from Leighton.

Sofia Vergara seems to get more attention than some of her more acclaim-worthy co-stars on “Modern Family.” She has been nominated for four Golden Globe awards and four Emmy awards for her performance on the show, which is somewhat surprising, given that Julie Bowen is (in our opinion) the more talented of the two and she has yet to receive a Golden Globe nomination for her role. Vergara was named the highest paid TV actress of 2013 by Forbes. Is she worthy of that title? We’re not sure.

Even though there a number of excellent actors and actresses on “The Big Bang Theory,” Kaley Cuoco has somehow managed to become the big star of the show. She was named the second highest paid TV actress of 2013 by Forbes, bringing home a cool $300,000 per episode. While there’s no denying that Kaley plays the role of Penny perfectly, she doesn’t exhibit quite as much talent as her co-stars Mayim Bialik (who plays Amy Farrah Fowler) and Melissa Raunch (who plays Bernadette Maryann Rostenkowski-Wolowitz).

Even though “Grey’s Anatomy” had a great ensemble cast, Katherine Heigl managed to receive more attention than any other cast member. All of this attention went straight to her head. In 2008, she insulted the writers on the show by declining to be included on the list of potential Emmy nominees, citing the low quality of writing as her reason. In spite of this, she still managed to keep her job on “Grey’s Anatomy,” and she also managed to secure lucrative film deals.

For much of Zooey Deschanel’s career, she has played supporting roles. In the last couples of years, however, she has been trying to establish herself as a leading lady on her sitcom “The New Girl.” Although this show has given her an opportunity to prove herself as an actress, all that has been proven without a doubt is that Deschanel needs to stick to supporting roles because, as a lead, she leaves a lot to be desired.

January Jones definitely looks the part of a ‘60s housewife on “Mad Men;” however, out of the all the cast, she is only the real weak link. Betty Draper Francis comes off as cold and selfish, but Jones can’t really give the character much more than that. While her portrayal of Betty has earned her two Golden Globe nominations, it doesn’t seem warranted. There are more talented people on the show – Elizabeth Moss or Christina Hendricks – who seem way more deserving.

Lea Michele has received some attention thanks to her role on hit sitcom “Glee;” however, she seems to have become more famous than everyone else on the show because of her on-off relationship with Cory Monteith. Following his death, she has used his name to garner attention. Instead of relying on her talent to keep her in the spotlight, Michele is turning to provocative selfies and controversial tweets to keep fans interested.

When Katie Holmes landed the part of Joey Potter on “Dawson’s Creek,” she was praised as having a unique combination of talent, beauty and skills. While she does have the looks to be a Hollywood star, in comparison to her co-star Michelle Williams, Holmes was definitely lacking in the talent and skills departments. Even though Williams possessed more talent as an actress, Holmes was initially the one being offered film roles. Thankfully that has changed!

Mischa Barton was the shining star of “The O.C.;” however, it was totally unwarranted. While she was stunningly pretty with her haunting eyes and model-like figure, she could not act – at all. In spite of her obvious lack of talent, she was still nominated for countless awards and was even labeled the next “It” girl. The only person who seemed to notice her ineptitude was a reviewer from The New York Times, who commented that, while “The O.C.” was well acted, Barton was a weak link.