Since it began in 2011, The Voice has become one of NBC’s top shows and has mastered drawing in fans not only for the singing talent but also for the celebrities who appear as mentors and coaches. Through the seasons, the series has seen many different celebrities take a seat in the coaches chairs, and while some have flourished as coaches, others haven’t been as successful, or as much of a hit with fans. Here are all of the coaches from The Voice ranked from worst to best!

Cee Lo Green was one of the original coaches of the series, and although he was a coach for four seasons from season one to three and returned for season five, he is mostly unmemorable. When it comes to Green’s time as a coach there were very few stand-out moments and he seemed to steal the spotlight from his team with his own crazy outfits. The closest he came to winning was in season two when Juliet Simms placed as the runner-up behind winner Jermaine Paul, but that was the extent of Green’s success on The Voice. 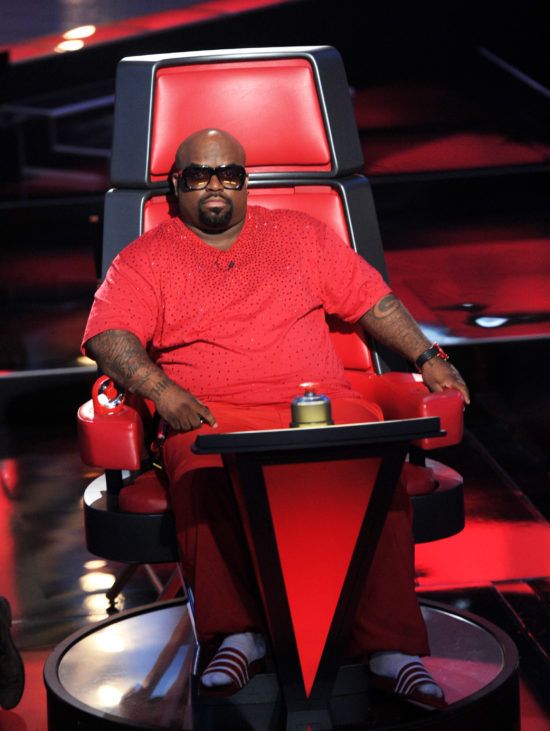 Before Kelly Clarkson joined The Voice, another American Idol star took a seat in the coach’s chair. Jennifer Hudson joined The Voice for season 13, but beginner’s luck was not with her. While she had some great leadership and advice for her competitors, it wasn’t enough to keep up with Team Adam, Team Blake and Team Miley. In the end Hudson’s team was the only one without someone in the finals, and she returned in season 15, but yet again with no luck making it to the winner’s circle. 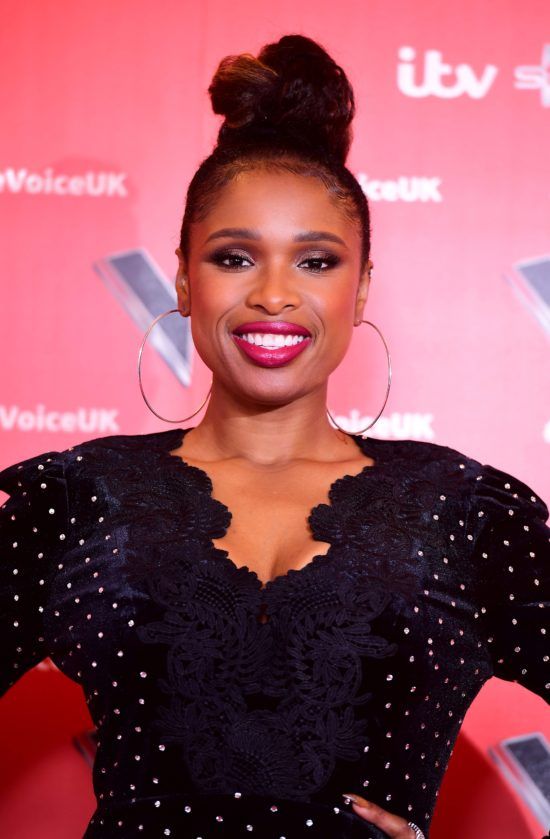 Many fans were not impressed when it was announced the Miley Cyrus was joining the series as a coach in season 11, but she did do better than expected. She was obviously very invested in her team members and reportedly spent more time working with her artists than any other coach, but she also made a lot of mistakes. Aside from choosing strange songs for some of her artists, she also got on the nerves of fans with her need for the spotlight, her outrageous outfits and retorts to other coaches that weren’t as funny as she thought they were. While most were pleasantly surprised by her time as a coach, she still didn’t have any contestants in the finalists, but she had the makings to be a good coach in the future. She proved it when she returned in season 13 and Team Miley’s Brooke Simpson came in third on the season. 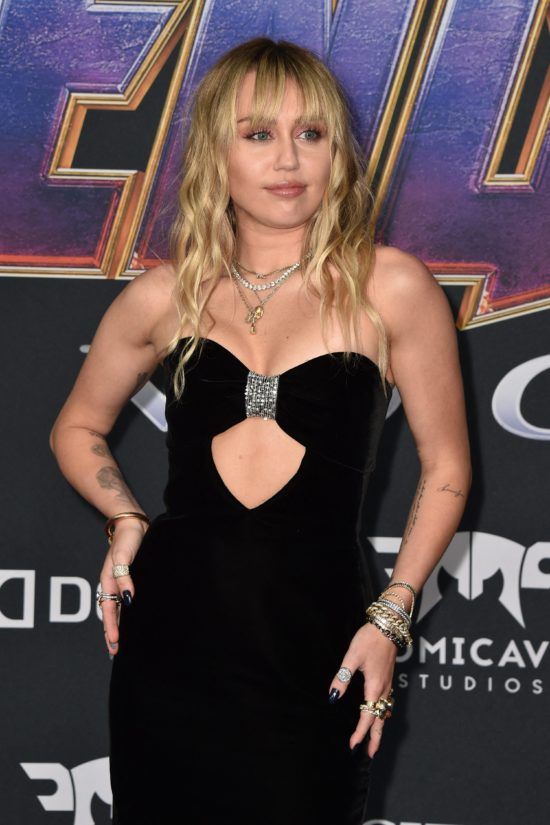 Gwen Stefani made her first appearance as a coach on The Voice in season seven in 2014. She has since been a coach again in season nine and season 12. While she has never won as a coach, she has had no problem filling up her team with many aspiring singers who want to learn as much as the can from the edgy singer. While Stefani has been fun to watch on the series, fans are still divided about how they feel about her and when the attention shifted to her relationship with Blake Shelton, which lands this singer at number eight on this list. 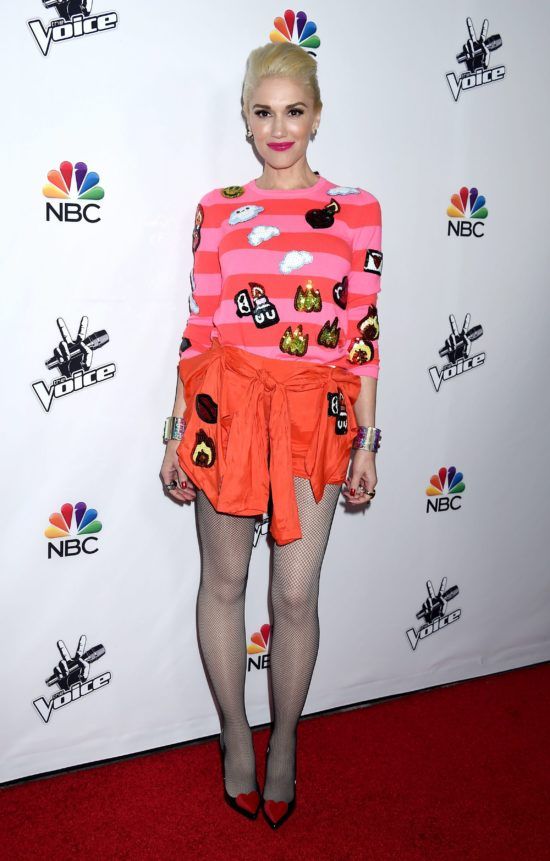 Following Adam Levine’s sudden exit, the search was on for a permanent coach for season 18, and everyone was surprised when the search landed on Nick Jonas. Many were not sure how the young singer was going to fit in with the seasoned coaches, but it actually went really well. Nick was relatable, funny, helpful and obviously took his role as a coach very seriously. Thanks to his dedication he even had one of his team members, Thunderstorm Artis, make it to the finals. While he didn’t win, Nick proved he was a worthy coach, and many were disappointed upon learning he would not be returning for season 19. 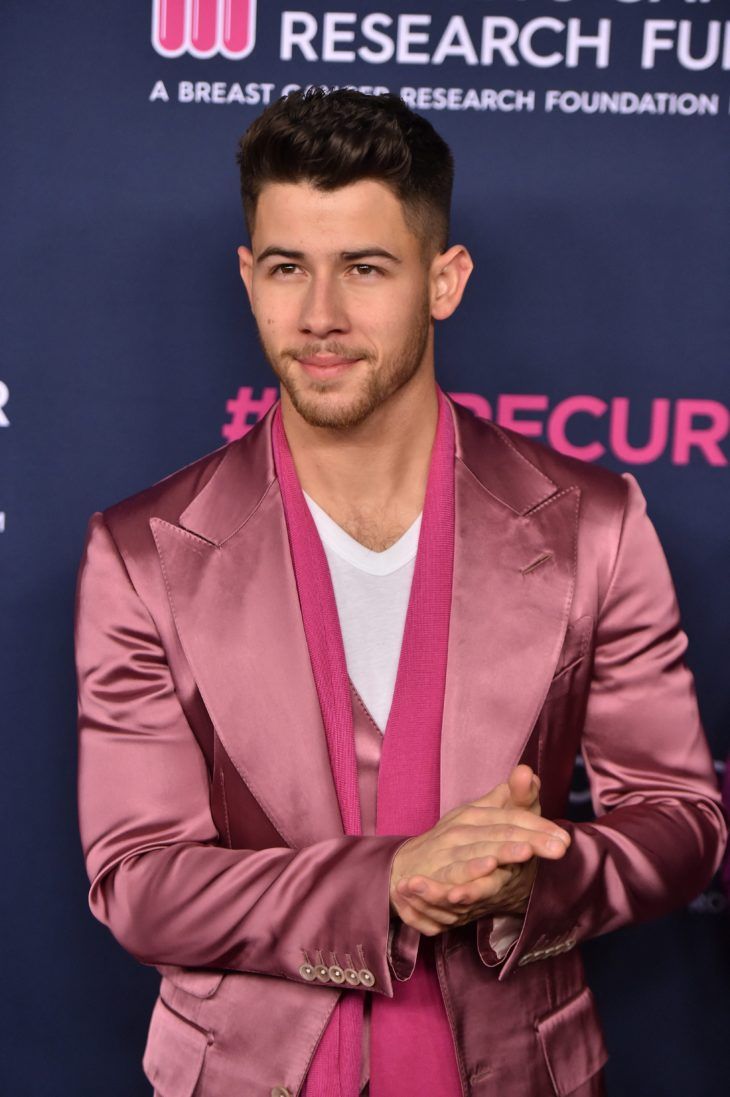 With the season 16 premiere in February, 2019, EGOT winner John Legend became the 13th celebrity to take a seat in one of the coach’s chairs on The Voice. Given Legend’s personality and obvious talent, many were sure he wouldn’t have rookie struggles in his first year of his coach, and he proved to be just as calm, cool and collected as the veteran coaches. Although Blake had three out of four contestants in the final, it was Team John Legend’s Maelyn Jarmon who took home the win, marking Legend’s first win and the only other coach to win in their first season which was previously done by Kelly Clarkson back in season 14 with singer Brynn Cartelli. 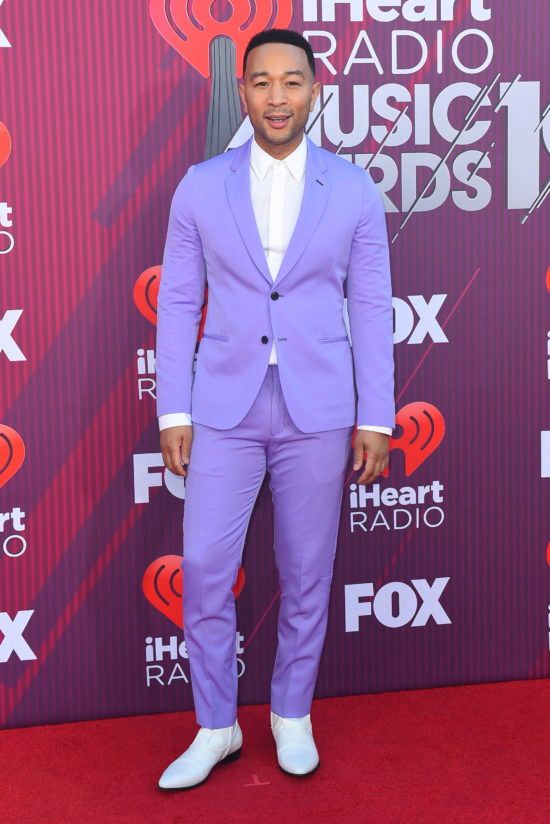 Usher only spent time as a coach on The Voice for seasons four and six, but he made an impact in that short time. Usher is well known for having an ear and eye for talent so, although he was only a coach for two seasons, he won season six as Josh Kaufman’s coach! While it was interesting to see Usher who is otherwise a reclusive star on a reality show, he really didn’t seem too enthused to be there and later revealed he acted indifferently on purpose to try to use reverse psychology on contestants. So, while he wasn’t by any means the most entertaining coach, he was a really good coach for his artists which is what really matters. 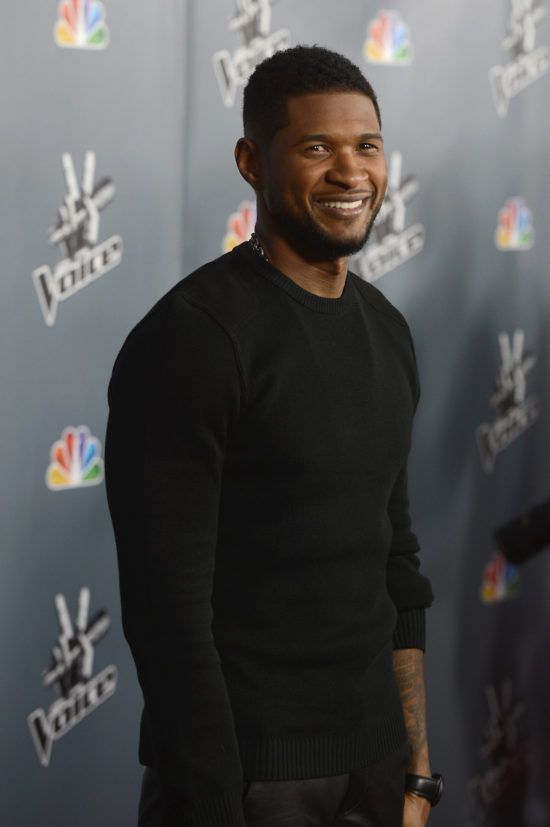 Alicia Keys is another one of those stars who is not seen or heard from much outside of performances and many are ecstatic that she brought her talent to The Voice. She joined the series in season 11 and immediately became a coach to be reckoned with as many aspiring singers were drawn to Keys. Her genuine comments about an artist’s talent and ability have made her a great addition to the show as it is clear she really knows what she is talking about when it comes to music. Although she made some pretty big mistakes in her first season, she clearly learned from them since she won season 12 with Chris Blue and almost won season 14 with Britton Buchanon who was runner-up to Team Kelly’s Brynn Cartelli. 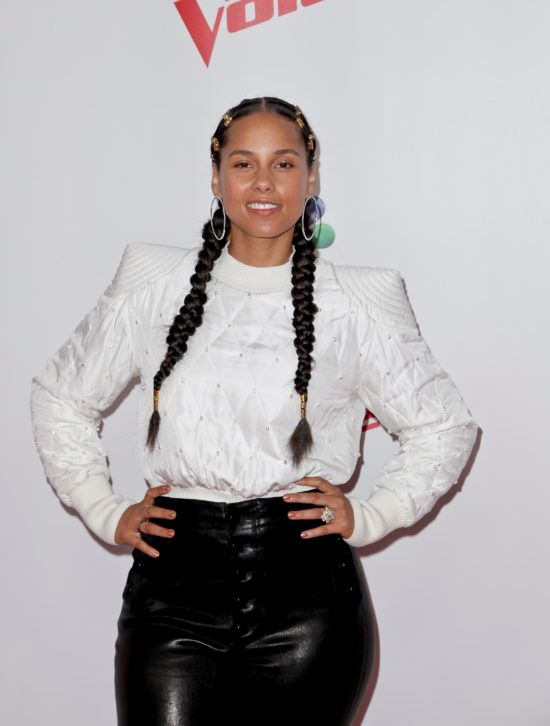 Christina Aguilera — along with Adam Levine, Blake Shelton and Cee Lo Green — was one of the original coaches and has since taken alternate seasons off to focus on her own music or her family. Overall Aguilera has been a coach for six seasons and is one of the best. In season five she came close to winning as the coach of runner-up Jacquie Lee but in season 10 she became the show’s first female coach to win when her artist Alisan Porter won the whole thing. While there have been rumors that Aguilera is a complete diva and “terror” to work with, it seems to all just be rumors has she has become one of the most beloved coaches on the show. 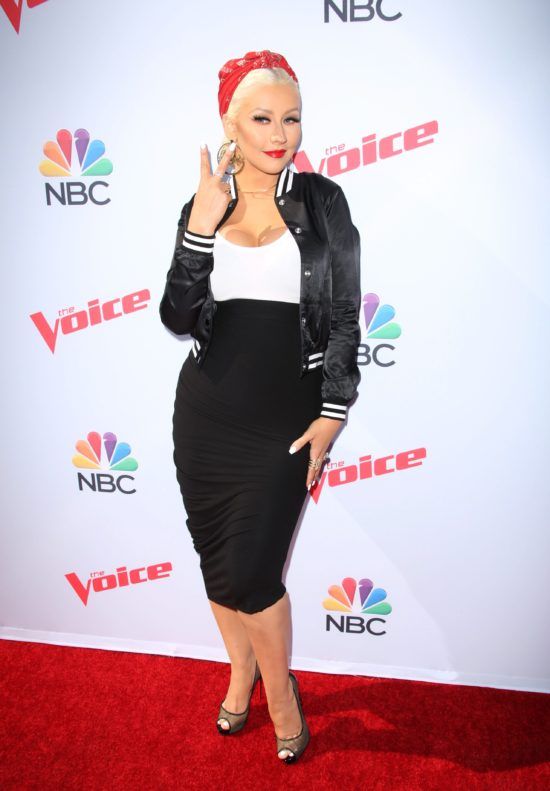 The addition of Colombian songstress Shakira to season four of The Voice was the shake-up the show needed. Although she has only been a coach on two seasons, she really resonated both with artists and the show’s fans. Her ability to connect with artists on unique levels thanks in part to her ability to speak four languages, she had no problem getting singers on her team and showcased a more diverse pool of talent. She never got a contestant to the finale in either season but her love from fans as well as her completely genuine interactions and advice for her artists puts her at number four. 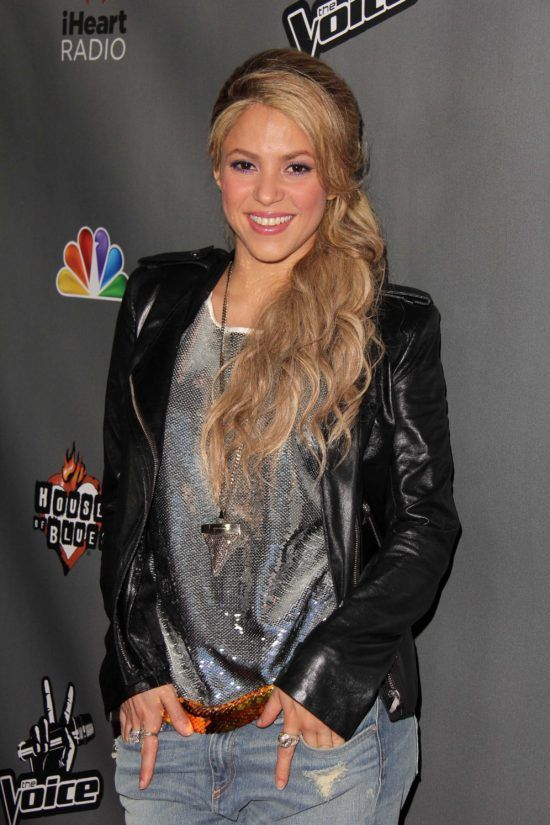 When Kelly Clarkson first joined The Voice in season 14 it was hard to tell just what kind of a coach she was going to be. Her background along with also being a extremely successful singer and of course her bubbly personality had many believing she could really make an impact — and she more than did so. Along with providing some quality entertainment with her lively remarks and banter with the other coaches, Kelly Clarkson came in to dominate The Voice winning her first two seasons with contestants Brynn Cartelli in season 14 and Chevel Shepherd in season 15. Although some fans think she needs to tone it down a little bit, there is no denying she is absolutely a stellar coach! 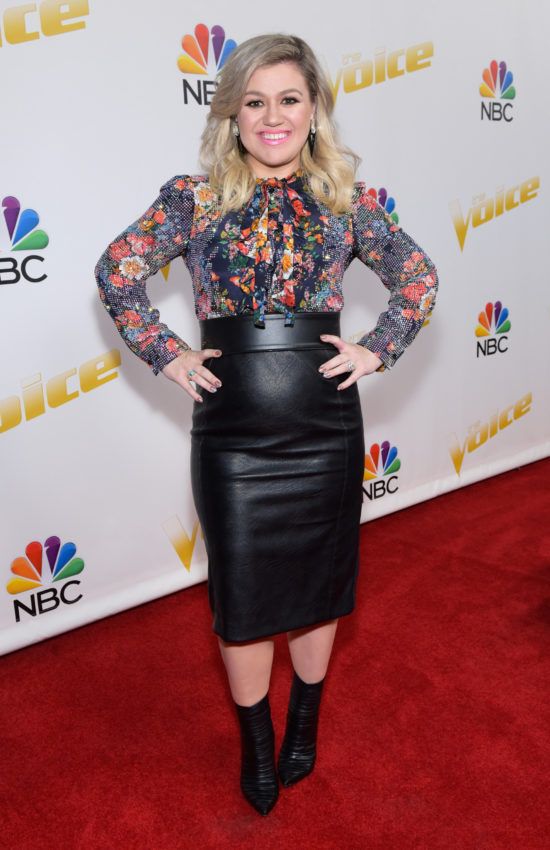 Pharrell Williams is one of the most successful men in the business industry, but his laid-back nature and quiet confidence made him an easy fit for a coach as well as a huge hit with audiences. Williams joined The Voice in season seven and returned for season eight, nine and ten. Out of those seasons, he had finalists in three of them and was the winning coach of season eight with Sawyer Fredericks. Not only is Williams a great coach because of his musical knowledge and ability to understand artists, he also has a huge interest in style and fashion and always makes sure his artists look the part before a big performance. 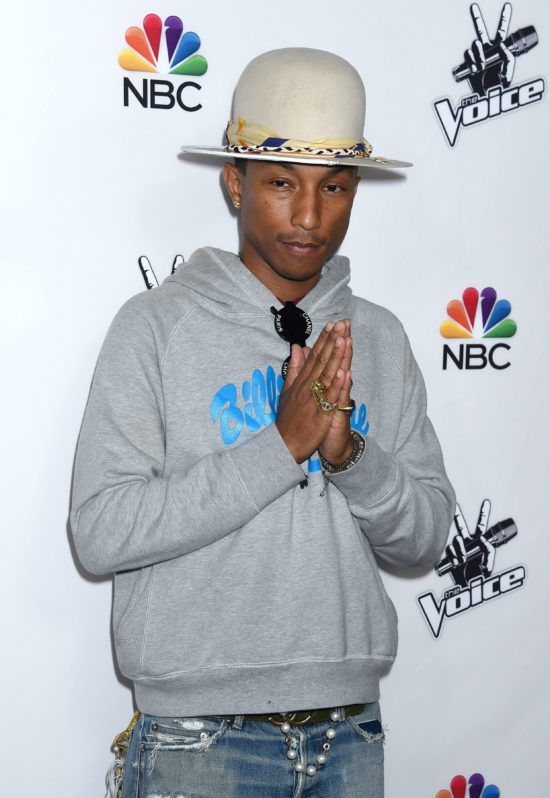 Adam Levine was one of the original coaches of The Voice and despite his own busy schedule with Maroon 5, he hasn’t missed a single season. Levine proved right away what a great coach he was when he won the very first season with Javier Colon. Since then he has consistently had artists in the finals and has won two more seasons with Tessanne Chin in season five and Jordan Smith in season nine. His love and desire to win is infectious and is undoubtedly one of the best coaches at choosing songs that best fit artists and their abilities. Along with all of this, he is one of the most fun coaches and most beloved by fans who also can’t get enough of his friendship with Blake Shelton, which has become a big part of the show. 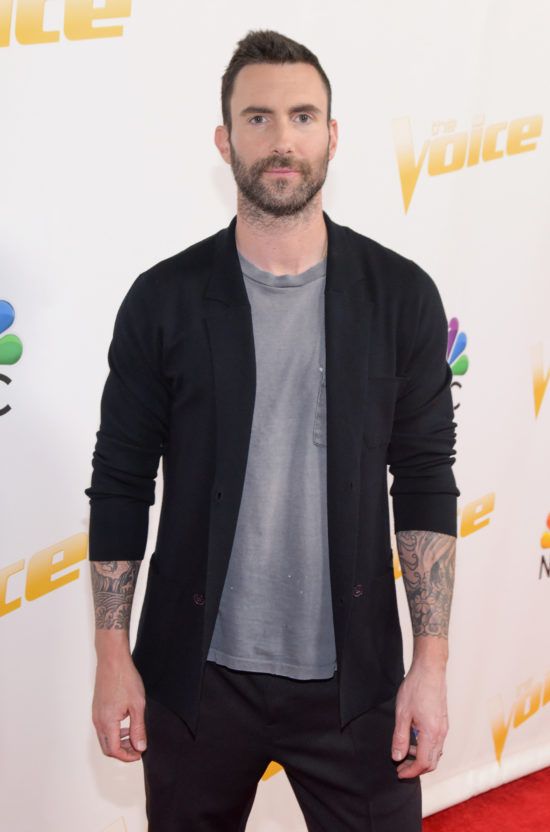 Blake Shelton was also one of the original coaches and has arguably been the biggest surprise on the series. On the outside, Shelton appears to be a rough-edged country boy, but as it turns out, he is extremely relatable, hilarious and a fantastic coach. There was no way that the country singer wasn’t going to top the list of The Voice‘s coaches due to the fact he now has six wins under his belt: Jermaine Paul (season two), Cassadee Pop (season three), Danielle Bradberry (season four), Craig Wayne Boyd (season seven), Sundance Head (season eleven), and Chloe Kohanski (season thirteen). He has proven that he can work and guide artists outside of just country, but those who have been on his team on the show have also had the most success on music charts following their time on The Voice. His obvious success matched with his great personality has made Blake Shelton The Voice‘s best coach. 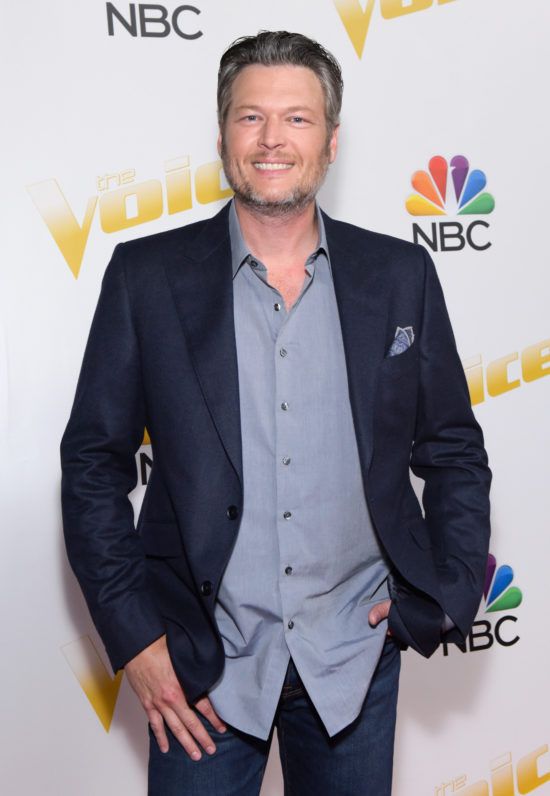