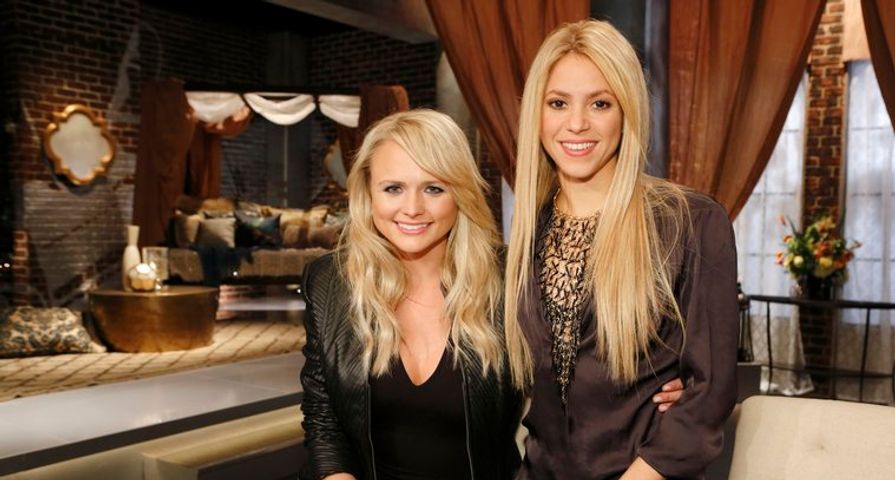 NBC’s The Voice is now into its fourteenth season and has become one extremely popular reality singing competition series. As well as seeing the talent on the show, many fans are drawn in by the celebrity coaches and their guest mentor and advisors. Every season, each coach brings in a celebrity advisor to help the artists on their teams work on their sound, their stage presence and to talk them through everything that comes along with performing songs. While some of these guest mentors weren’t as good at giving advice as fans would have hoped, others were amazing additions, so here are the 10 best celebrity guest mentors to appear on The Voice:

In season five, the one and only Cher stepped in as the celebrity advisor for Team Blake. Her presence alone was enough to elevate the moods of both audiences and the artists she was mentoring. While many thought she would do a bit more critiquing than she did, it actually didn’t matter because just wanting to impress Cher was enough for all the artists to feel the pressure to step up their game. It was fun seeing Cher and Blake interact, and even more fun to see the impact she had on the artists without even speaking.

When Taylor Swift was announced as one of the mentors for season four, many rolled their eyes, but the fact of the matter is, there is no one who knows better how to impress your audience and give your best performance. Swift was brought in for Team Usher and was actually quite impressive as a mentor and did a great job helping artists work on their showmanship aspect of performing. In fact, she did so well she was asked back in season seven and this time was there to advise all of the teams because of the help she offered in season four.

When Jewel was announced as one of Team Christina’s mentors for season two, many thought it was an odd choice. What many didn’t realize, however, was that she had also been a mentor on The Sing-Off, Platinum Hit, and Nashville Star, and was actually one of the most valuable advisors of all thanks to her experience. Jewel quickly halted any critics who were questioning her abilities when she proved to be exceptionally good at pointing out just how far an artist’s ability went, and it is surprising she hasn’t returned since.

Whether someone is a country music fan or not, they know and respect Reba McEntire. She is one of the most powerful and well-liked people in the music industry, as well as one of the hardest workers, making it easy to see why she would be asked to come in as a mentor on The Voice. Unsurprisingly, McEntire ended up being one of the best guest advisors on the show when she appeared for all teams in season eight. Her personality picked up the energy from all the artists all by itself and she was also able to boost their confidence while constructively criticizing what work was needed.

Season eleven of The Voice was one of the most anticipated yet, especially after it was discovered that both Tim McGraw and Faith Hill would be acting as mentors on the season. The country music superstars advised all of the teams, and while fans would have been just as happy to watch the two gush over one another, it was just a bonus to their time on the show. As two amazing singers and performers, they had a lot of wisdom to share with the teams and also worked off of each other very well, covering everything with the artists. They were kind and insightful but also truthful, making them great mentors on the show.

Many fans of The Voice weren’t thrilled to see Miley Cyrus on the series when she came in as a mentor for all the coaches’ teams in season ten. Despite initial complaints about Cyrus, it was quickly discovered that if you can look past the ridiculous outfits, there is an artist who truly cares about those she is working with and has a lot of useful advice to help make them even better. Cyrus did such a great job working with the singers that she was asked to come back –full time. Cyrus made her debut as a coach on The Voice‘s eleventh season.

It was only a matter of time before Blake Shelton brought in his then-wife, country superstar Miranda Lambert, to help his team on The Voice. Lambert first appeared in season two as a mentor for Blake’s team and then was brought back but this time for Team Shakira in season six. It was easy to see she was brought in to see her interactions with her then-husband, but she proved to be a really good mentor as well. She had a welcoming personality which meant the singers warmed up to her quickly, but her knowledge of performing and what it takes to make an impact really helped each artist raise their level in the competition.

For many Miguel might be not-so-memorable because he doesn’t have quite the celebrity status as many of the guest mentors, but as it turns out, he was one of the best. Miguel appeared in season five as an advisor for Team CeeLo and impressed everyone with his ability to judge each singer’s potential and offer critiques without coming off as too harsh. He let them know what was weak but did so in a way that made them work harder to improve rather than be offended. Plus Miguel’s performance was amazing.

Alicia Keys has always been a very well respected musician, but one that tends to stay out of the spotlight when she is not performing. Due to this, many were surprised when she agreed to appear as a celebrity mentor for Team Pharrell in season seven. Her ability to gauge the singer’s vocal ability helped push them to achieve new things with their voices that fans hadn’t yet heard, and taught them new ways to understand and connect with the songs they were performing. Her advice ended up significantly helping all of the artists on the team, and like Miley Cyrus, Keys did such a fantastic job she was asked back full time. She stepped in as a coach in season eleven and has returned for season twelve and even had one of her contestants make it to the final with Wè McDonald in her first season as a coach.

Of all the celebrities and guest mentors to appear on The Voice, Ryan Tedder is widely regarded to have been the best. Known as the lead vocalist for OneRepublic, many did not realize the extensive experience Tedder has in the music industry away from the microphone. As both a performer and a producer, he knows how to be an artist and work with them, and that was extremely obvious right from the beginning. Tedder appeared in season five as a mentor for Team Adam and was extremely confident in telling the artists what worked and what didn’t, and gave very specific advice to each individual instead of generalizing his advice for any singer. On top of it all, he seemed genuinely interested in helping them and seeing them improve with his few tweaks and suggestions and it is amazing he hasn’t been back to share his wisdom on any more seasons.