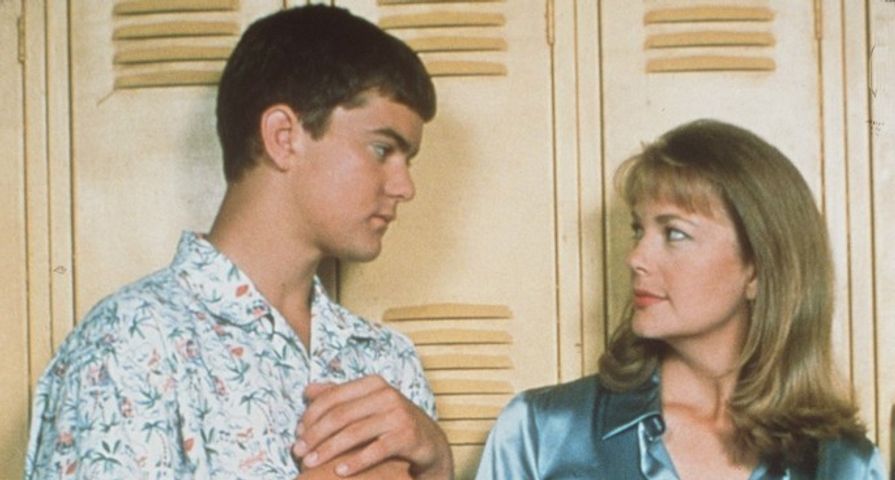 There’s something about the student/teacher dynamic – television show seem to have a thing about teachers hooking up with their students. Over the years, so many teen dramas have introduced a romance between a teacher and student, and while sometimes, it’s shown to be inappropriate, other times it is introduced as being romantic. No matter what though, these kinds of relationships are always wrong, so here are TV’s 8 most inappropriate student/teacher relationships:

Aria Montgomery and Ezra Fitz hooked up before she knew that he was her teacher, but they still continued to see each other long after he found out that she was a high school student. The show definitely didn’t paint the relationship as inappropriate as it would have been had the situation been real. Even the actor who plays Mr. Fitz paints his character’s love with his student as a once in a lifetime kind of thing. “It’s kind of back to the whole push-pull – the whole conflict with these two people is heart vs brain. Ezra is very much about this being wrong. He knows it’s wrong as soon as he sees Aria in English class at 9 am. This is not a storm we should set sail in. At the same time, it’s real. It’s something that comes along once – maybe twice – in a lifetime. They need to act on it,” Ian Harding said. Yeah, okay, but dating a high school student is still considered illegal, so chew on that.

Riverdale has just begun, but is already pushing the limits. In the first episode we find out that Archie has been having an illicit affair with his music teacher, Ms. Grundy. She looks pretty young in the show and hot, but she’s still Archie’s teacher, so we have no idea what she’s thinking hopping into bed with one of her teenage students. Who knows how long the affair will go on, but we already know that is beyond inappropriate – and illegal!

Serena van der Woodsen had an inappropriate relationship with her boarding School teacher Ben Donovan. Although nothing really happened between them (Serena certainly did try), her mom used rumors about an alleged relationship between them to make it look like he was guilty of statutory rape, which landed him in jail. As with any Gossip Girl plot, this lead to his psycho sister trying to ruin Serena for what she did to her brother, and of course, Serena and Ben then got back together. Unsurprisingly, it didn’t work out between them. With all the plot twists, this one is definitely one of the less believable teacher-student relationships.

Brooke Davis didn’t know that Nick Chavez was going to be her English teacher when they met online and then hooked up at a bar in Tree Hill. He thought she was a 23-year-old fashion designed named Peyton. Even after he finds out that she’s his student, they still continue to see each other – until she catches him cheating on her. The relationship was an awful lot like Pretty Little Liar’s Aria and Ezra, except Nick isn’t quite the gentleman that Ezra is.

Little Miss Taylor Townsend whose “holier than thou” act during season three proved her to be just as flawed as the other O.C. characters when she was caught having an affair with her school’s Dean of Discipline. Dean Hess was no better. He had expelled Marissa and Ryan and then proceeded to go after Seth and Summer. Although Taylor and Dean Hess’ relationship was totally inappropriate, it was definitely one of the more over-the-top student-teacher affairs.

During season two of Gossip Girl, Dan Humphries had an inappropriate relationship with his teacher, Ms. Rachel Carr. Although the relationship seemed rather innocent at first, a picture of him and Rachel having coffee got her fired from Constance. After that, she bedded Dan. So technically she wasn’t Dan’s teacher at the time, but she didn’t wait long after getting fired to hop into bed with him. When the headmistress at Constance rehired Rachel, she continued her inappropriate relationship until she was fired yet again.

Season one of Dawson’s Creek began with a bang – and by bang we mean a student/teacher affair. Pacey Witter literally stopped at nothing when pursuing Ms. Tamara Jacobs and it only took him a few episodes to finally get her into bed. It didn’t take long for news of the affair to get out, which almost cost Ms. Jacobs her job. The affair ended with her leaving the town, which was probably the right thing to do given the circumstances.