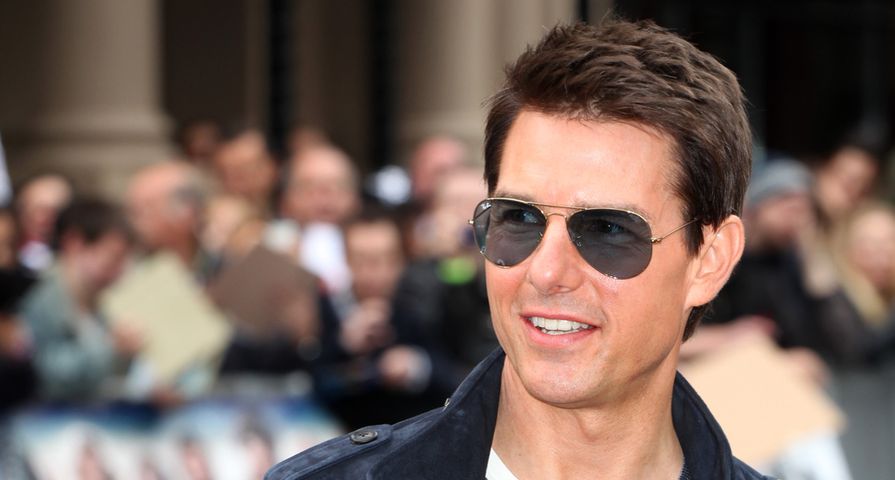 Have you been to London, and found yourself completely disappointed when you didn’t find animals at Piccadilly Circus? The local officials are doing their best to remedy the problem, and recently let loose the next best thing to animals in the famous area of tourism and commerce: Paparazzi.

What was the reason for so many rabid photographers? Tom Cruise was in the middle of the mix, shooting a scene for the upcoming Mission Impossible film. This will be the fifth installment of the Tom Cruise led franchise.

Tom stars alongside Jeremy Renner, Paula Patton, Alec Baldwin and Ving Rhames, and Christopher McQuarrie is directing. At this point, the plot is unknown, and has been kept under wraps. It could be the best of the franchise if Cruise and McQuarrie continue to hone their storytelling shorthand. With Robert Elswit guiding the cinematography, this thing should be delicious. And that stunt Tom did while actually riding the landing gear of an Airbus A400M? C’mon.

Back to Piccadilly Circus. Tom seemed in good spirits, and mingled with crew members, and chatted among smiles between takes. The weather was a bit chilly which meant a close relationship with the wardrobe supervisor, who was helping the next level star get in and out of his coat and scarf between shots.

It’s strange that Tom Cruise has endured so much hate over the past 5-10 years. Yes, he’s an odd one with that Scientological stuff, but as an actor, the dude has always remained sublime. Edge of Tomorrow/Live.Die.Repeat was one of the most underrated films of 2014. Sadly, nobody saw it. Maybe they should have decided on a title before releasing it?

To see Tom strut his stuff through the Circus, check out the video below.