Dancing With The Stars: 11 Contestants Who Surprised Us With Their Talent 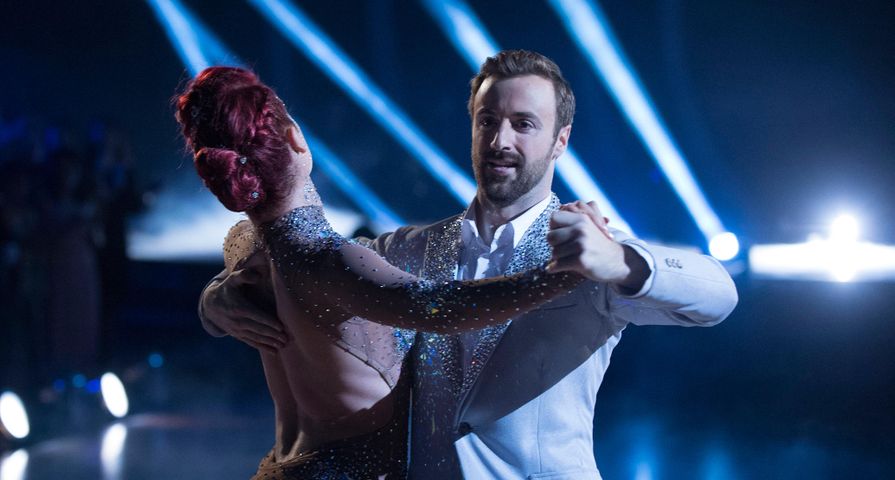 Dancing With the Stars is going into its 26th season which is huge for a reality competition show. Although the show has been criticized for its selection of so-called “stars” it has drawn in a lot of big names in terms of actors, actresses, singers, TV personalities, reality stars, and athletes. Every season there seems to be a select few who fans expect to perform well either because of their background in dance or their natural talent, but then there have been some underdogs who have amazed audiences and the judges with how quickly they took to the dancefloor. Here are 11 former Dancing With the Stars contestants who truly surprised us with their success on the show!

In the show’s second season in 2006, Drew Lachey became the second Mirror Ball Trophy winner with Cheryl Burke after dominating his season. While he did have experience in dancing thanks to his time with 98 degrees, it is also true that many had no idea of what he was capable with because he was simply always the “other Lachey” brother. While Nick Lachey usually gets the spotlight, Dancing With the Stars was Drew’s time to shine and he did just that by continuously impressing judges and setting new standards for what to expect out of competitors.

There was never any doubt that Donny Osmond had talent, but when he joined the cast of season nine in 2009 he was already 52 years old. Since he was a singer before the choreographed dance days there really was no telling what his dancing skills were like, and he made jaws drop when week after he week he gracefully swept across the dance floor with Kym Johnson. It was clear that age is truly just a number to Osmond who did not let being over 50 slow him down and really faced no one that came close to him aside from the runner-up Mya. Osmond’s was a fun season to watch and he truly deserved becoming the show’s oldest Mirror Ball Trophy winner.

As Dancing With the Stars has evolved season after season, they eventually branched out in their casting to include “stars” which included war veterans and national heroes. For the show’s 20th season, army veteran Noah Galloway was partnered with Sharna Burgess to the delight of fans. In 2005 while on deployment Galloway lost his left arm above the elbow and he left leg above the knee, and despite his accomplishments, many wondered how his injuries would deter his ability to complete certain dance moves. In fact, he wasn’t held back at all, and many watched him progress week after week, performing incredible routines until he eventually came in third place right behind Riker Lynch and Rumer Willis.

Up to when actor Alfonso Ribeiro joined Dancing With the Stars for its 19th season in 2014, the most anyone knew of his dancing skills consisted of the iconic “Carlton” dance from The Fresh Prince of  Bel-Air. Known for the hilariously bad dance, it didn’t take much for Ribeiro to absolutely stun fans with his actual dancing talent. After week one’s Jive with his partner Witney Carson, both audiences and the judges had to pick their jaws up off the floor and from that moment on it was clear the competition was Ribeiro’s to lose. Along with his shocking ease on the dance floor and his infectious personality, his season was one of the most enjoyable yet.

After Kelly Osbourne’s impressive third place finish in season nine, Jack Osbourne followed in his sister’s footsteps by competing on season 17 of the show. Famous for being the son of Ozzy and Sharon Osbourne and starring on their MTV series The Osbournes, nothing about Jack Osbourne hinted at natural athleticism or adaptability to pick up the difficult and rigorous routines of dancing. Many were completely and pleasantly surprised by Jack’s accomplishments on the series, and he too made it all the way to third place after being beat out by only Amber Riley and Corbin Bleu.

Like her parents Bruce Willis and Demi Moore, Rumer Willis went into acting, and had never had any dance training before accepting a spot on the cast of Dancing With the Stars for its 20th season. The show sparked a huge transformation in the actress which had fans rooting for her even more, and while many did not know what to expect from her, she made it clear she was a force to be reckoned with. With no experience, Rumer and her pro partner Valentin Chmerkovskiy became instant fan favorites and although they actually ended up with five fewer total points than Ryker Lynch and Allison Holker, Rumer took home the Mirror Ball Trophy.

Following her major success as a model and actress in the ’80s and ’90s, Kirstie Alley’s career went on to a bit of a rough path. In recent years a lot of focus has been on her extreme weight fluctuations, so when she appeared on season 12 in 2011, no one knew what to expect. Despite a joking attitude, Alley put her heart and soul into learning the dances and it certainly paid off. She and her pro partner Maksim Chmerkovskiy stunned everyone week after week and eventually came in second place, losing to football player Hines Ward and beating out actress Chelsea Kane.

Many don’t remember that both Kim and Rob Kardashian have competed on Dancing With Stars, and while Kim’s appearance wasn’t anything special, Rob actually did very well. When Rob competed on season 13 in 2011 all anyone knew was that he was one of the Kardashians, and lack of talent in any form is often associated with the reality stars. Rob and his partner Cheryl Burke surprised everyone, however, when they ended up scoring a total of 402 points on the season and were particularly impressive with their Freestyle, Foxtrot, and Samba, and made it all the way to second place, just behind J.R. Martinez and Karina Smirnoff and ahead of Ricki Lake and Derek Hough.

At first many did not put much hope in football players who competed on the show, but time and time again they proved just how nimble and graceful they are on their feet. Often the ones who do well are running backs and wide receivers who are known for being lean and quick on their feet, but former NFL player Warren Sapp did not fit the bill. As a defensive tackle, Sapp was more heavy set, but that did not stop him from proving that big guys are light on their feet as well. In 2008 Sapp competed in the show’s seventh season along with Kym Johnson and the pair wowed audiences week after week. Despite his prowess on the dancefloor and the surprise at his gracefulness, Sapp was beaten out for first place by Brooke Burke.

In season 21, Bindi Irwin became one of Dancing With the Stars’ youngest competitors at only 16 years old, and while she had an infectious positive attitude many assumed her lack of dance experience of any kind and her young age would push her out of the competition early. Instead Bindi shocked nearly everyone as she and Derek Hough pushed their abilities and exceeded expectations with each perfectly choreographed routine. They ended up with nine of the highest scores of the week out of 11, and many marveled at Irwin’s maturity despite the fact she became the show’s second youngest winner at 17 when she and Derek Hough won the Mirror Ball Trophy.

It didn’t take long for football players to prove that they are athletes who can take battle on the dancefloor as hard as they do on the gridiron, but athletes from other sports haven’t been as prominent or as successful. In season 23 racecar driver James Hinchcliffe joined the show and although many fans were immediately taken with his good looks and charming demeanor, there wasn’t a lot of hope for him when looking at racecar drivers who had come before. Instead, Hinchcliffe ended up being one of the series’ biggest surprises ever as he ended up tied for the highest score with gymnast Laurie Hernandez in week one. Hinchcliffe and Sharna Burgess were always right on Laurie and Val Chmerkovskiy’s heels and even ended up with the highest score of the week four more times! He gained himself a very loyal following during his season as it was a breath of fresh air to see someone so unlikely to do well on the dance floor create such competition. In the end, James and Sharna fell only five points shy of Laurie and Val in total points with 586 versus 591 coming in second place.